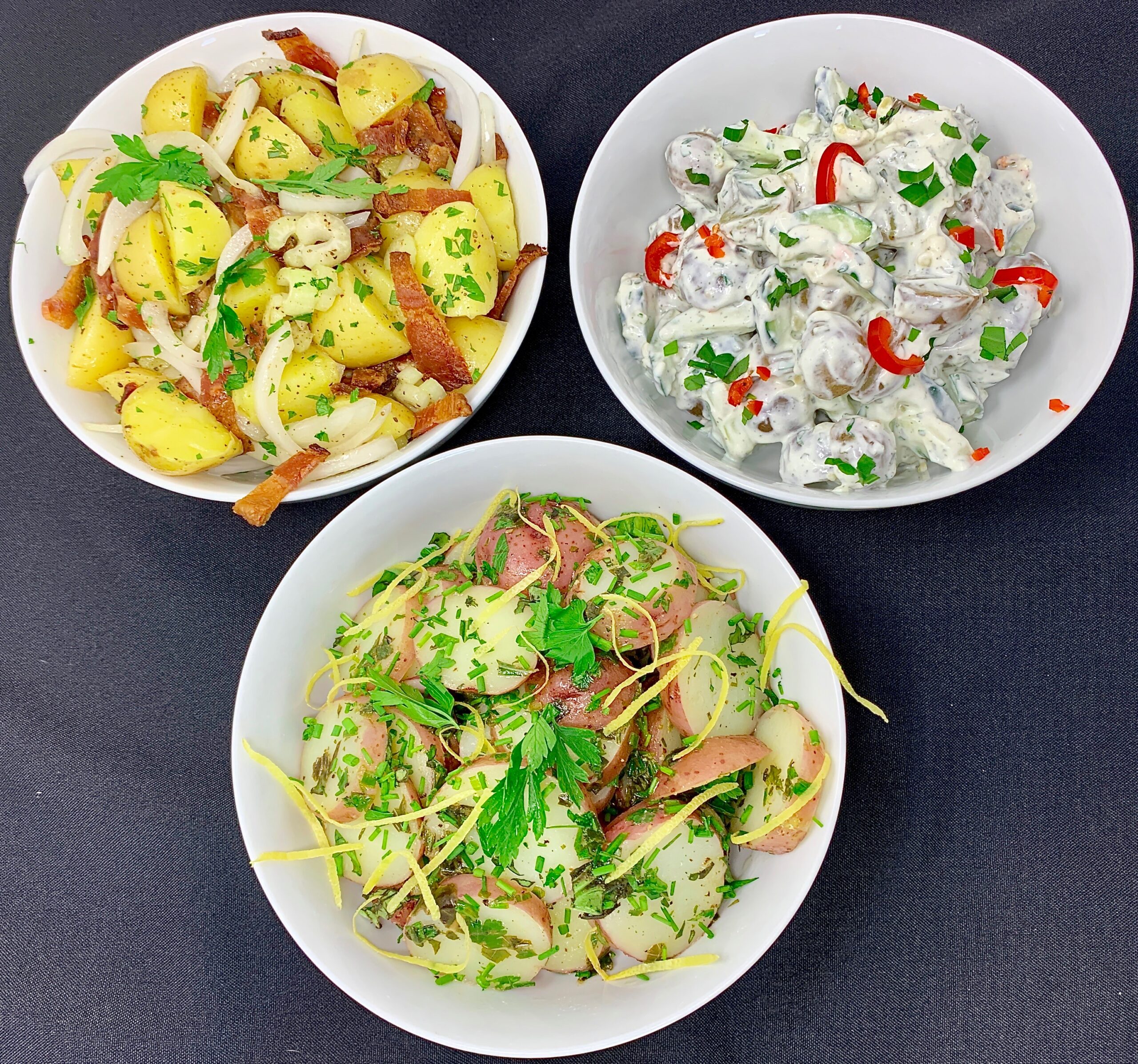 Let your taste buds take a tour of three European potato salads – a warm version from Germany, a zesty one from France, and a creamy and garlicky option from Greece.

The Greek version is closest to what we think of in the USA when we plan to make potato salad, but with a twist. Here Greek yogurt mixes with a garlicky herb mix and crisp cucumbers to create a creamy potato salad. I have included a little optional heat from the addition of serrano pepper.

The lemony and herby French Potato salad is a wonderful addition to a summer meal – light and filled with the goodness of summer herbs. BE BRAVE with the herbs you use, the more the merrier, so mix up your version of herbs based on what is in your garden or refrigerator.

Did you know that often the origin of potato salad is credited to Germany? Well this warm potato salad with bacon and onion, a white wine vinegar and olive oil is a perfect adaptation of a classic.

A few key tips for making a great potato salad:

So BE BRAVE and try a new and different twist to the traditional American potato salad, and let me know which of the three is your favorite!

Salt and ground pepper to taste

Set steamer basket in a large pot with a lid. Fill water just below the basket and bring to the boil. Place sliced potatoes in basket, reduce and simmer with pot covered. Steam 10-12 minutes till done

Using tongs transfer warm potatoes to the bowl and toss gently with a rubber spatula to mix. Cool and then refrigerate for at least one hour.

Boil the potatoes until tender but firm (15 -20 minutes). Drain and cool immediately by spreading on a baking sheet and placing in the freezer for 10 minutes.

Slice the cucumbers in half lengthwise, remove the seeds, and slice into 1/8 to ¼ inch slices.

In a bowl add the Tzatziki herb mix, 1 tablespoon of water and let soak. Add in the mayonnaise and sour cream/Greek yogurt and mix together. Let stand for 5 minutes.

Cook the bacon in a pan, or in the oven until crispy, then chop

Set steamer basket in a large pot with a lid. Fill water just below the basket and bring to the boil. Place sliced potatoes in basket, reduce and simmer with pot covered

While hot, combine potatoes, celery, onion, bacon in a big bowl.  Season with salt and pepper. Toss gently to mix

In a separate bowl, combine vinegar and oil. Pour over potatoes. Toss gently to mix.

Sprinkle with parsley before serving

* Yes, as always, I love using the products from our Oil & Vinegar franchise. Feel free to substitute products, just remember, that the better the ingredients, the healthier and tastier the outcome/dish.

* The Tzatziki Herb Mix is hard to replace, with its convenient, delicious garlicky and herby flavors, but email me for a home-made recipe for Tzatziki sauce if you prefer.

Why does she always say, “BE BRAVE”? 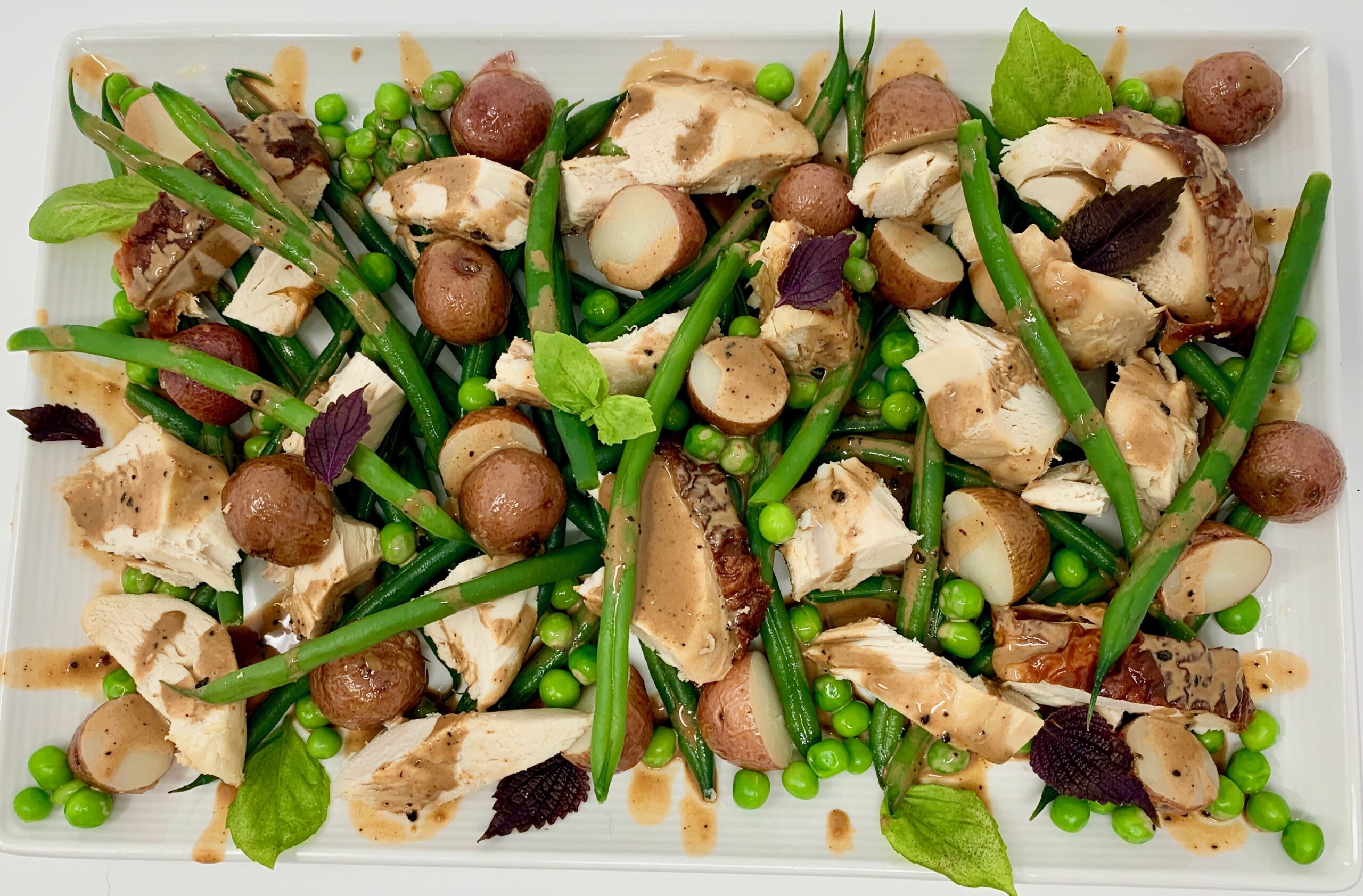 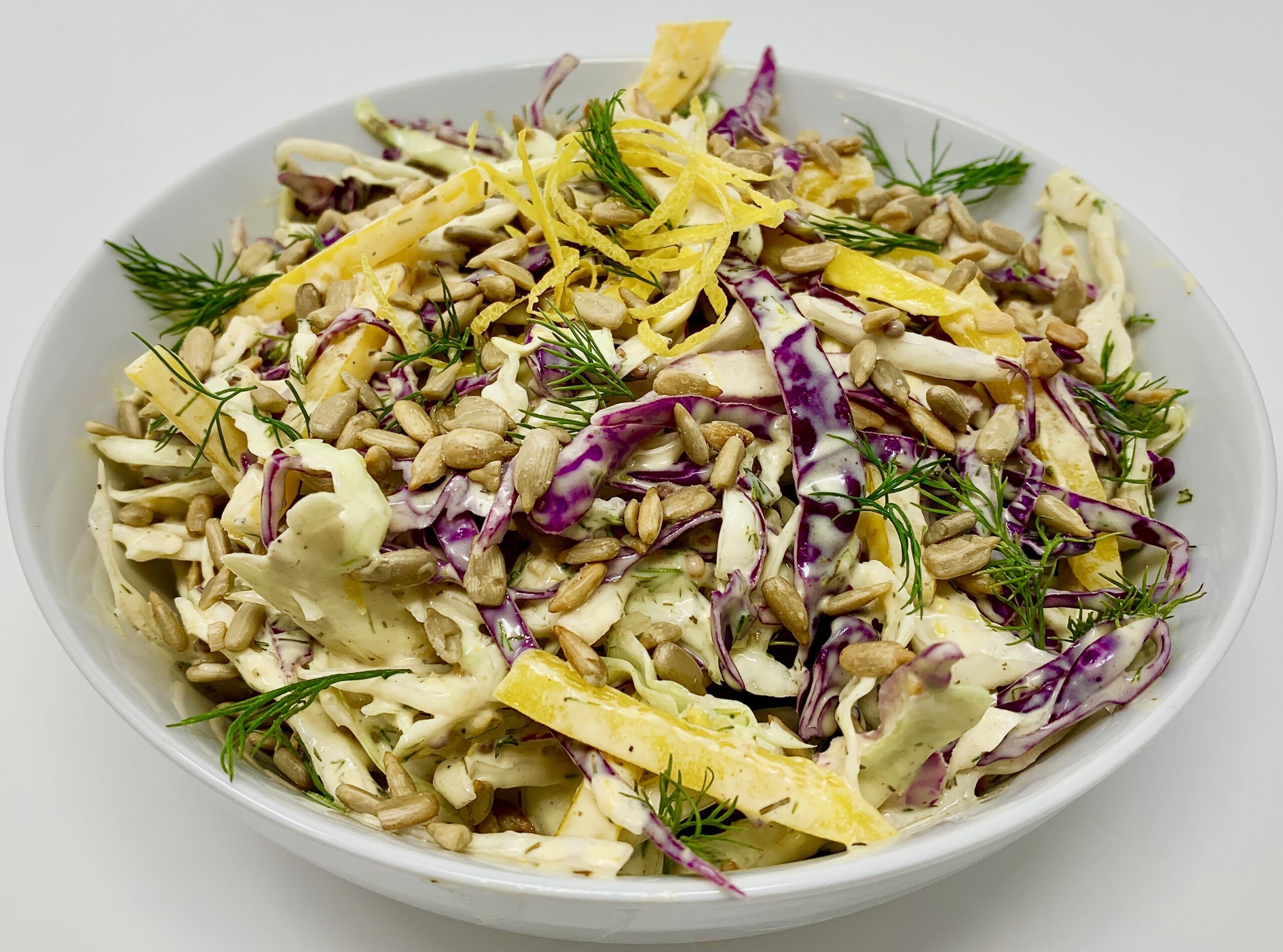